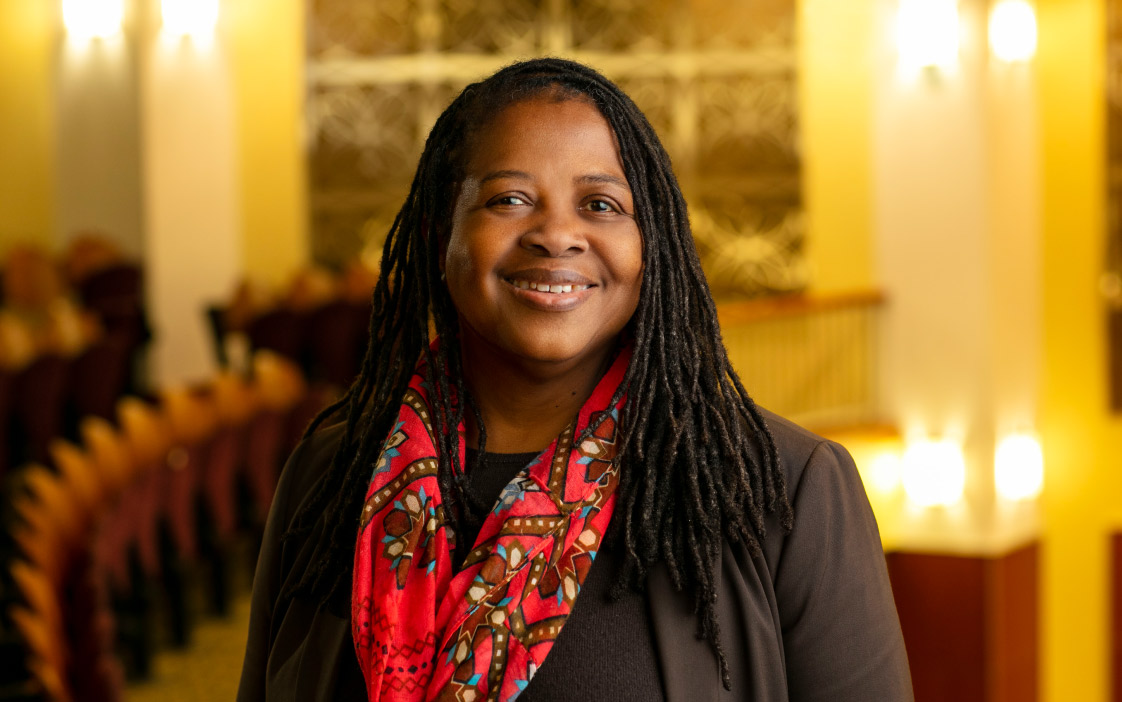 CHICAGO, January 22, 2019 – Chicago Musical Pathways Initiative (CMPI), the newly-established training program for talented student musicians from traditionally underrepresented communities, is proud to announce that music education veteran Adrienne Thompson will lead the Initiative as its founding Project Director. CMPI, a multi-organization collaborative effort, was established last fall with an extraordinary $3.5 million grant from The Andrew W. Mellon Foundation, which will be used to increase diversity in the classical music field. Implementation of the Initiative is co-led here by Merit School of Music, a nationally accredited music school based in Chicago’s West Loop and working across the city to help young people of all backgrounds achieve lifelong success through music, and the Chicago Youth Symphony Orchestras (CYSO), an organization that has provided top-level orchestral programming for students from across the Chicago region for more than 70 years.

A native Chicagoan, Thompson returns to the Midwest from the Atlanta Symphony Orchestra’s acclaimed Talent Development Program, which supports Latinx and African American students who want to pursue careers in classical music. Prior to her leadership role at the Atlanta Symphony, for twenty years, Thompson was a high school-level orchestra director at a primarily African American school in Georgia where she raised the level of the student musicians from Level 3 to Level 6 over a five-year period. Thompson received a degree in flute performance from Chicago’s Sherwood Conservatory of Music (now part of Columbia College Chicago) and has an MBA from Indiana University. In 1968, as an eighth grader, Thompson became one of the first African Americans to attend Mount Greenwood Elementary School, known as the “Mount Greenwood 7.”

“I am excited to return to the city that sparked my intense personal passion for classical music. I can’t wait to get started helping young Chicago musicians acquire the musical and life skills that will allow them to realize their dreams,” says Thompson.

Thompson will work with Chicago Musical Pathways Initiative founding partner organizations to identify and collectively develop exceptionally promising young musicians from traditionally underrepresented communities in the greater Chicago area. Chicago Musical Pathways Initiative will focus on music students of African American, Latinx, American Indian, Alaskan Native, and/or South Asian/Pacific Islander heritage as well as those from lower-income households who might be the first in their family to attend college. The goal is for CMPI musicians to be fully prepared with the skills necessary to excel in our nation’s top conservatories and college schools of music and, eventually, the ranks of the nation’s professional musicians and orchestras.

CMPI will begin recruiting young musicians to the program this Spring. Approximately 50 musicians from the greater Chicago area will be identified as participants this Summer, with a total of approximately 150 young musicians engaged between 2019 and 2022. Each participant will benefit from individualized plans that create a career roadmap for them, including the professional training and mentorship necessary for success. More details on the application and audition process will be announced soon. The public is encouraged to visit www.chicagopathways.org and submit a “Contact Us” form to be notified of important updates.

About the Andrew W. Mellon Foundation

Founded in 1969, The Andrew W. Mellon Foundation endeavors to strengthen, promote, and, where necessary, defend the contributions of the humanities and the arts to human flourishing and to the well-being of diverse and democratic societies by supporting exemplary institutions of higher education and culture as they renew and provide access to an invaluable heritage of ambitious, path-breaking work. Additional information is available at mellon.org.

The long-term goal of the Chicago Musical Pathways Initiative (CMPI) is to help address the persistent lack of diversity in American orchestras – a condition which threatens the vitality and viability of classical, orchestral music.  CMPI is aimed at building a more robust Chicago-area training pathway for talented student musicians from traditionally underrepresented backgrounds, from 6th grade through 12th grade. The project focuses on instrumental students of classical music who have demonstrated both aptitude and interest in pursuing intensive study and a career specifically in orchestral music.

The initiative will involve close collaboration and resource sharing among a diverse network of well-established non-profit Chicago youth and music-education focused organizations. Together, participating organizations will work to identify talented, motivated students early in their training. Musicians selected for CMPI will be carefully assessed and provided with comprehensive supports – musical and extra-musical (e.g., financial, instructional, academic, etc.) to remove many of the barriers to access that can discourage or derail the training of talented young musicians from underrepresented backgrounds before they are able to realize their full musical potential.