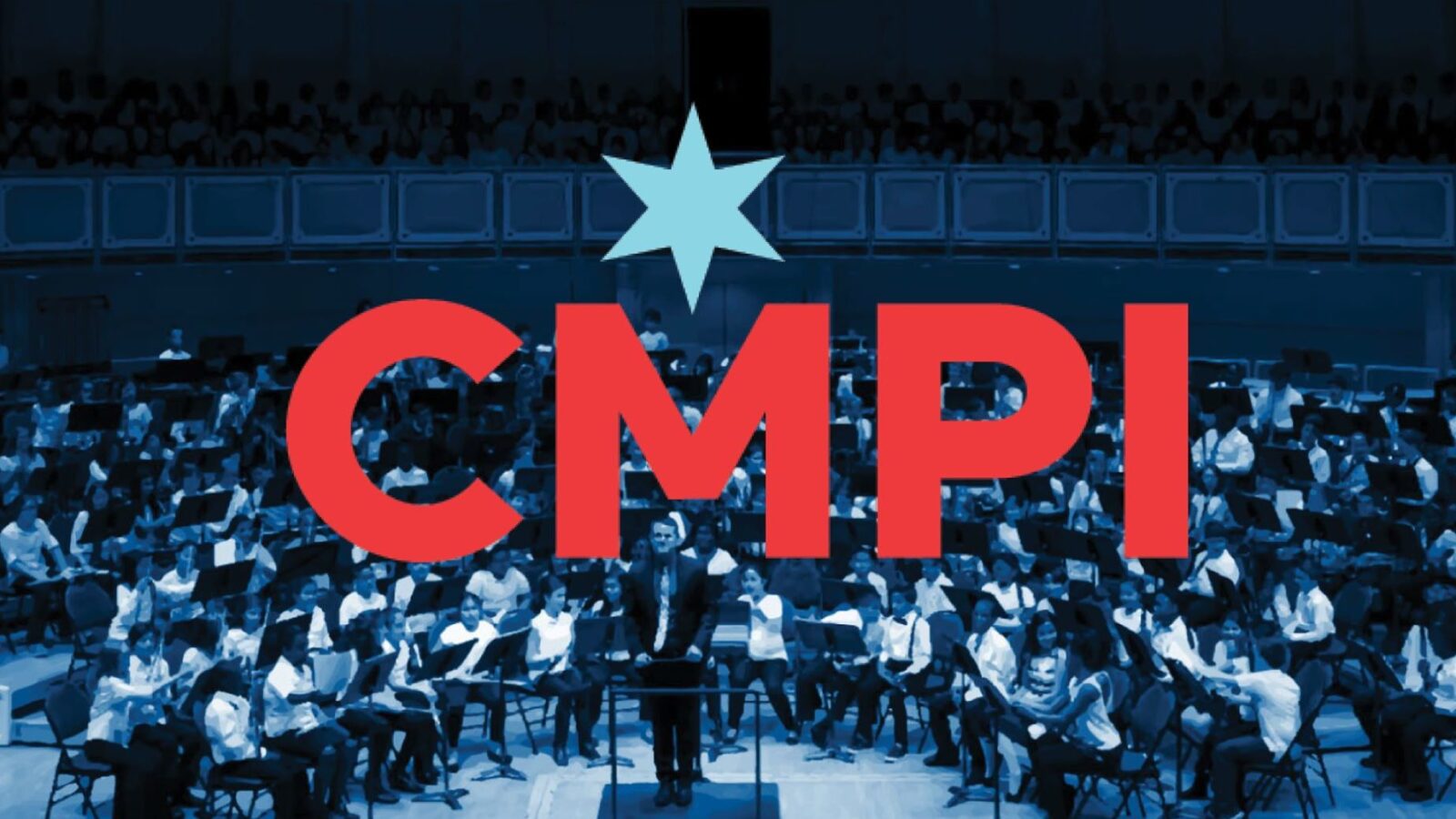 Lucinda Ali-Landing wears many hats in Chicago’s music community — she is a violinist, educator, entrepreneur, and advocate. So it follows naturally that she wears many hats in CMPI as well — as a teacher, a parent, and a member of our Advisory Council through her music school, the Hyde Park Suzuki Institute.

Lucinda comes from a multi-generational family of musicians. Her grandmother was a pianist and organist, who inspired Lucinda’s father to study the violin. As an African American boy growing up in Chicago, Lucinda’s father had opportunities that would not have been available to him in other parts of the country. “I heard him practicing his violin in the house when I was little and I told him I wanted to play – of course he said ‘okay!’ That was the beginning of my musical life,” Lucinda recalled. Lucinda discovered through circumstances in her early twenties that she was “accidentally” a proficient and effective teacher. Like so many musicians, she owed much of this success to having a great mentor. “I started teaching at the Sherwood Conservatory; at the time, there were 66 faculty members, and only two of us were African American. My mentor then was Stacia Spencer, still a friend and mentor today. At her urging, I sought out Mimi Zweig and went through her Suzuki training.”

When Spencer left Sherwood Conservatory, Lucinda was tapped to be the Director of the school’s Young Violinist’s Program, where she started a parent’s class, increased enrollment, and built a community of largely African American students and families “You attract who you see,” Lucinda noted. Though she didn’t know it at the time, it was at Sherwood that Lucinda acquired some of the skills on which she would later come to rely after founding the Hyde Park Suzuki Institute. “The staff at Sherwood was mostly black, even though the faculty was mostly white. I would hang around the administrative offices and see how the business was run; everything from student registration to creating flyers.”

When Lucinda founded the Hyde Park Suzuki Institute (HPSI) in 1998, her experiences at Sherwood Conservatory made her “accidentally” realize she already knew how to run a music school. “Our first location was the United Church of Hyde Park. I made flyers, posted them around the neighborhood, and people actually called. I started with 10 violin students and the program grew from there.”

Community was a focus of HPSI from the beginning. “When I started [HPSI], it was around 97% African American and there were a lot of boys. Because of our visibility, more and more people came from the same social circle. For students, it’s the most important thing in the world – who’s going to be there. People kept coming back and the kids wanted to be good for each other; they motivated each other.”

Lucinda first learned about CMPI through a meeting with Adrienne Thompson, CMPI’s Project Director. “She reached out to a lot of administrators when she came to town,” Lucinda recalled. “It was in that conversation that I exhaled and said ‘Good, I can retire.’ I was joking, but I knew that I did not have to be alone in what I thought was my vision of preparing African American students at a really high level so that they can, when they turn 17, make a choice if they want to attend a top music school,” Lucinda added. “I said, ‘this is the program for my daughter.’”

The team approach of CMPI fits well with Lucinda’s philosophy. “I always get the credit, but I haven’t done anything alone. I have always had a team – family members who enjoy being behind the scenes, my dad, a lot of people who make it possible for me to do what I do. The Hyde Park Suzuki Institute would not be what it is without its families, faculty and staff,” Lucinda added. “It’s not a one-person show trying to get a child to meet their goals.”